Please stop asking me if I’m pregnant yet.

Here’s the thing:  Not only is it, first and foremost, very much none of your business but that’s also a ridiculously personal question.

I’m a newlywed, so I get asked this question an awful lot, and honestly it feels horrible every single time.

When Christopher and I moved this February I was so incredibly stoked about it!  We had lived in our previous apartment for several years and, although it did the job we needed it to for our first place, I was BEYOND ready to live in a real house!  With stairs!  And a yard!  Sure, sure, it was really half a house and we were still renting, but to me it was a massive step up and something I had been hoping would happen for probably at least a year prior to us actually finding the place.  But DANG, you guys, if almost everyone I told about moving asked me the very clever, super subtle, not-at-all transparent question: “How many bedrooms does it have?”

It has two bedrooms.

One for me & Chris, one for Jessica. That’s it.

Could we figure out how to make it work if another human came on the scene?  Well, sure. I suppose we’d have to.

But we weren’t moving because “we needed a bigger place, wink wink” – we were moving because it was something we had been looking forward to for ages and we finally found the perfect place for us.

But every time I excitedly told someone about our new house – this thing that, to me, was ridiculously awesome in its own right – I was met with questions about something else altogether.

And the thing is I want to have children.  Growing up, that was always something I was very clear about.  I wanted kids.  I even thought that I wanted to have kids right away after I got married.  Most everyone in my life knows this about me, so I’m sure that’s why a lot of people feel comfortable asking about it.  But I’m not pregnant yet.  And every time I hear that question, I’m reminded of that.  And sometimes all I can think about is how much I wish I was.  But also, truthfully, some days the idea of ever having a baby sounds downright terrifying. Now that it’s a real possibility I’ve slowed down my timeline a bit. And you know what? That’s okay.  And I shouldn’t need to explain it to anyone.

It’s not just a casual thing you’re asking about when you ask someone if they’re pregnant. When you ask someone if they’re pregnant or when they’re going to get pregnant, you’re asking them about their life choices, their body, and yes, their sex life (yikes bikes!) – and I can assure you that if these things were any of your business, you’d already know them.  You don’t know if someone has decided they don’t want children or just found out they can’t have children or has recently had a miscarriage or, God forbid, is just living their life on their own timeline.

And you know what?  When I’m pregnant, I promise I’ll let you know.  I’ll let everyone know.  I probably won’t shut up about it, honestly.

But until that day comes – until it’s true – everyone should probably just stop asking. 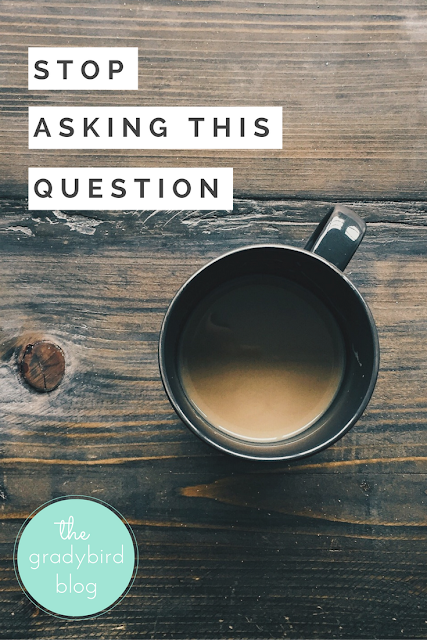 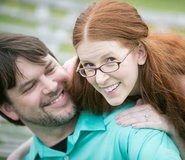 Hi, I’m Grady! Welcome to my blog 🙂 A little about me? I’m a smitten newlywed and brand-new stepmom living in New Hampshire. My day job is boring on paper but great in real life (just like Dunder Mifflin!), and when I’m not working I love to spend time with my family, perform in or manage productions at the theatre, and eat ice cream while listening to yet another financial management podcast.  I write about my marriage, step-parenthood, and whatever else is going on.  Be sure to follow me on Instagram, Facebook, Twitter, and Pinterest, and subscribe to my blog!
Share
Tweet
Pin
0 Shares
« The Stepmom Letters: You are Home!
My Whimsical Wedding – The First Look »


Error: API requests are being delayed for this account. New posts will not be retrieved.